Wall Street Journal
Interviewed to collaborate on the loss of future Social Security income when leaving work to caretake. 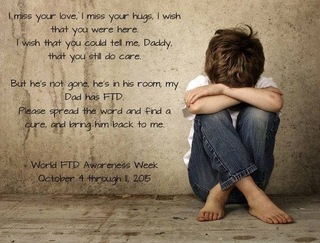 The little known demon that is Frontotemporal Dementia.
FTD Passages
A lighthearted story about a terminal illness, full of coping techniques, giggles, and controversy. This story will challenge your social convictions. 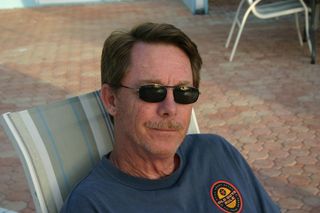 This FTD delivery arrives with silence. Frontal-Temporal Dementia patients lose the ability to speak. We are in year seven of it for sure, maybe year nine. I was thinking that as my son Duke remarked the other night that he is married seven years next week. The year of the big screen TV arrival.

I thought it was the TV when Rusty stopped talking to me. He was 57. I warned all my girlfriends, "Watch out when they get the big TV, there goes your relationship." But then he was silent in the car too. I just stopped talking to him, studying his profile as he drove, wondering "What is he thinking about?" By 2009 I knew. He was thinking about nothing. 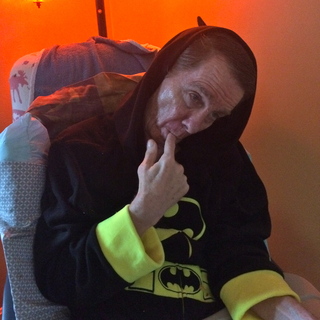 I come home to a few pairs of his shoes lined up along the length of the couch. On the couch. Where people sit.

“That’s where I want them”.

“I killed a frog in my bed today” he once reported.

Rusty was the car guy. He took Lillie’s car to the shop when she was home from school. I told him to have them run some diagnostics, see what was going on.
“I told them to just fill the transmission fluid” he came home saying.
She broke down half way to Lexington driving back to school. My baby was endangered. The car was totaled.
And by now, I hope you can see, so was he. And so were we.

........Shortly after this I began letting other men into my life. Dating while married is quite problematic. I decided I would still care for all, but have a life. I was going to survive.

Thank you Diane Your book is unbelievably wonderful It is written in an elegant way And as I read it, it becomes alive, sad, but alive You make me feel less isolated …

FTD Support Forum
The FTD forum is a site for informational material and secure communications for people who have been diagnosed with FTD and those who care for loved ones with FTD.
Authors Guild
Advocates for published authors since 1912
Authors Guild Directory
A compendium of member websites
Loading…}